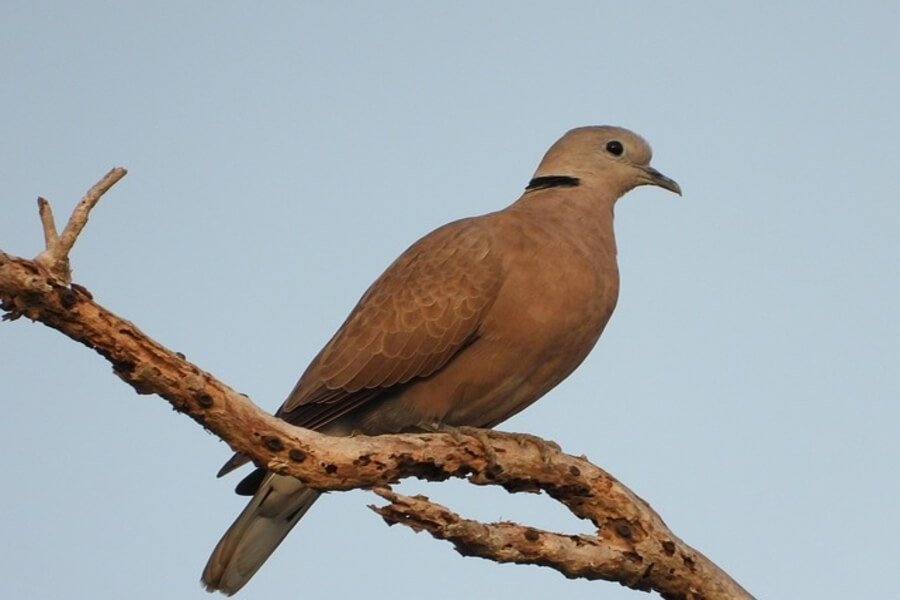 The call of a cuckoo bird is a sure sign of spring all across the UK, and the common cuckoo is famous for various surprising reasons. But, from their astonishing nesting habits to interesting migration paths, how much do you know about the cuckoo bird? We’ve put together a guide to help break down some of the most intriguing facts about these beautiful birds, plus how you can identify them this summer.

The cuckoo bird is similar in size to a dove and has a grey head, chest and back with white and dark barred underparts. Cuckoos are similar in appearance to a kestrel or sparrowhawk, with a sleek body and pointed wings that droop when perched. They also have a small yellow ring around their eyes, a black beak and yellow feet. To distinguish a cuckoo bird from other birds, take a look at the tail. A cuckoo’s tail is long and graduated.

The cuckoo bird gets its name from the males’ calling sound. The male’s call is a ‘cuck-coo’ sound with two distinct syllables that descend from the first to the second note. On the other hand, a female cuckoo bird has a call often described as a ‘bubbling chuckle’. Cuckoo calls can be heard from mid-April to June in the UK.

What Does the Cuckoo Bird Eat?

A cuckoo bird’s diet mainly consists of insects – particularly hairy caterpillars, which many birds don’t eat. Occasionally, cuckoos may also eat the eggs and chicks of other birds.

What Is the Cuckoo Bird’s Habitat?

Cuckoos are a widespread visitor in the summer and can be found in many places up and down the country. However, they prefer woodland, particularly the edges, as well as reed beds. Often, you can spot cuckoo birds around the Scottish moorlands.

What Are the Cuckoo Bird’s Nesting Habits?

Cuckoos are known as brood parasites, which means they don’t raise their young. Instead, they lay their eggs in other birds’ nests. These birds will then raise the chick, believing it is their own. Females will wait until the bird has left their nest, often spooking the host away if necessary, before swooping in to lay a single egg. The nests of dunnocks, robins and reed warblers are particular favourites.

Once the chick hatches, it will push other chicks and eggs out of the nest to receive the sole attention of the parent. Even when the young cuckoo has grown to two or three times the adult’s size, the parent will still feed it before it leaves the nest after around 20 days.

Cuckoos do migrate, and since the adult birds don’t have to stay to raise their young, they can migrate earlier than many other bird species. Adult cuckoo birds leave the UK by late June, overwintering in Africa. Fledglings follow their parents to Africa after a few weeks.

Find out how to help migrating birds in your garden.

How You Can Help The Cuckoo Bird

As of the 2021 UK Conservation Status Report, the cuckoo bird is a Red List species. This conservation status means that they are of the highest priority, which is due to the species’ recent population decline. There are only around 15,000 breeding pairs of cuckoos left in the UK, according to the RSPB.

However, it seems that there are several causes of this population decline, most of which seem to occur during the bird migration period. Recent studies have found that most of our cuckoo birds migrate to West Africa. Unfortunately, the different routes they take play a part in their decline, and they face more pressures even with a successful migration. To find out more about how you can help cuckoo birds during their migration, take a look at the British Trust for Ornithology’s Cuckoo Tracking Project.

Meanwhile, there are some things you can do to help cuckoos in your own garden. First, you should consider planting some moth plants or plants that attract moths. Both adult and juvenile cuckoo birds feast on caterpillars, so attracting these insects can encourage a cuckoo bird to follow. As well as this, you could up your chances of seeing a cuckoo in your garden by attracting the bird species parasitised by cuckoos. For example, the dunnock and robin are two bird species that the cuckoo bird will try to leave their eggs with. By leaving out a favourable seed mix to attract these birds and encourage them to nest in your garden, you may be able to see and help cuckoos as well.

Looking Out For The Cuckoo Bird

Cuckoos can be spotted throughout the country, and their charming calls really set them apart from other birds. Although the nesting habits of these brood parasites may be a surprise, they have played a large part in human culture for thousands of years, from Greek mythology to Shakespeare. And we don’t want to see these incredible birds begin to disappear!

Have you spotted a cuckoo bird this year? Let us know your cuckoo tales!