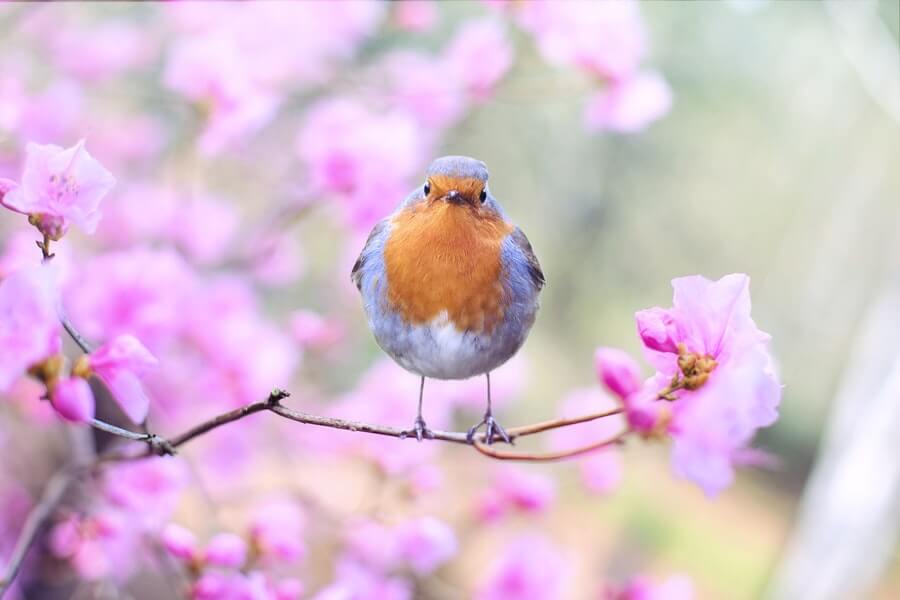 With over 50 billion individual wild birds in the world and 6,700 different species, the question of, ‘what is the most common bird in the world’ is one which often needs to be answered.

The Most Common Birds

The most common bird is the domestic chicken – which is unsurprising when you think how many chickens are bred for eggs and as meat birds. The most common wild bird is the red billed quelea – a small, sparrow looking bird native to Sub-Saharan Africa.

Taking third place in the ranking is the Mourning dove, which can be found in warmer parts of North America.

National Birds Around the World

The national bird of England is the European Robin, which happens to be the most abundant bird in the country. It was chosen after a successful vote, owing to its punchy, chippy and territorial characteristics. Other countries have interesting national birds, too, usually picked for:

Africa has 2341 species of bird. Africa is home to a stunning diversity of birdlife, and many of these beautiful creatures have been adopted as national symbols. The national bird of Botswana is the Kori bustard, whilst the African Fish Eagle, a large bird of prey that is found throughout sub-Saharan Africa, is the national bird for Namibia, Zambia and Zimbabwe.

Europe has 930 species of bird. In a continent as varied as Europe, it’s no surprise that there are many national birds. In the United Kingdom, the robin is a well-loved national bird that can be seen most frequently in the winter. The national bird of France is the humble sparrow, a hardy little bird that can be found throughout the country. Spain’s national bird is the majestic eagle, a fitting symbol for a country with such a rich history.

Asia has 3824 species of bird. In Asia, there are a wide variety of national birds, each with its own unique story. The stunning peacock is the national bird of India. It has gorgeous plumage and beautiful tail feathers which have been admired by the world for centuries. Whilst the oriental magpie-robin is endangered but revered in Bangladesh for its beautiful singing.

Oceania has 800 species of bird. Its national birds are very diverse – the national bird of Australia is the Emu, one of the worlds largest birds and a symbol of determination and strength. New Zealand’s national bird is the Kiwi, and Papua New Guinea’s in the Reggiana bird-of-paradise.

What Is The Most Common Bird In The World?