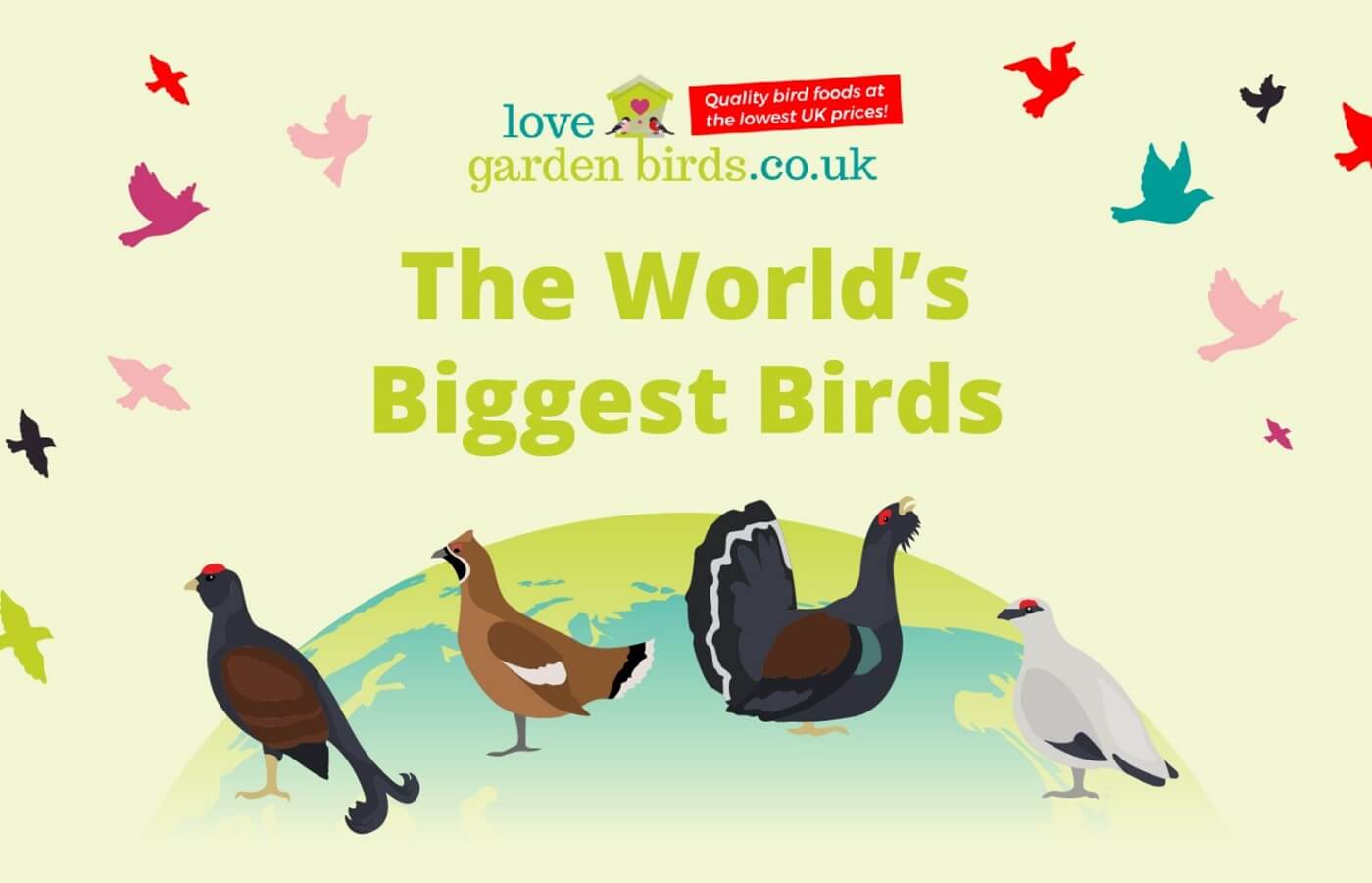 There are thousands of species of birds and, although you may be accustomed to the tweeting birds you encounter in your garden, there are many more around the world. And some of these are taller than the tallest basketball players! From the colossal Ostrich to the flamingo-esque Sarus Crane, here are some of the worlds biggest birds.

Unsurprisingly, the world’s biggest bird is the common ostrich, which tops the charts with a height of just under 7 feet and an average mass of 104 kilograms.  Taking pride of place in second is another ostrich, the somali ostrich, which is only a little smaller than its relative. However, some surprising entries have found themselves on this list, including the emperor penguin, which can grow as tall as four feet, and the turkey, which isn’t so far behind! With several water birds rounding off our list of the world’s biggest birds, it may be quite astonishing which of our beautiful birds are some of the biggest!

How Do Birds Compare To The Biggest Land Animals?

So, now you know the biggest birds of the world – but how do they compare to the biggest land animals? Naturally, the giraffe rules the animal kingdom in height, with most male giraffes reaching an average of 20 feet. However, the colossal African Elephant outweighs the giraffe by 4,100 kg, with an average mass of 6000 kilograms. Perhaps surprisingly, these giants of the savannah are followed by the moose, which can grow almost up to 9 feet, and the brown bear, which, when standing on its hind legs, can reach a height of 9 feet.

Unfortunately, the only large bird that would make this list is the common ostrich, only just beating the moose by a single inch.  Let’s see how the rest of these large land animals compare to the world’s biggest birds!

How Do We Compare To The World’s Biggest Birds?

Interestingly, both the average man and the average woman are only smaller than the Common Ostritch and the Somali Ostritch, the top two biggest birds in the world. However, perhaps unsurprisingly,  there’s no way we can compare the world’s largest land mammals.